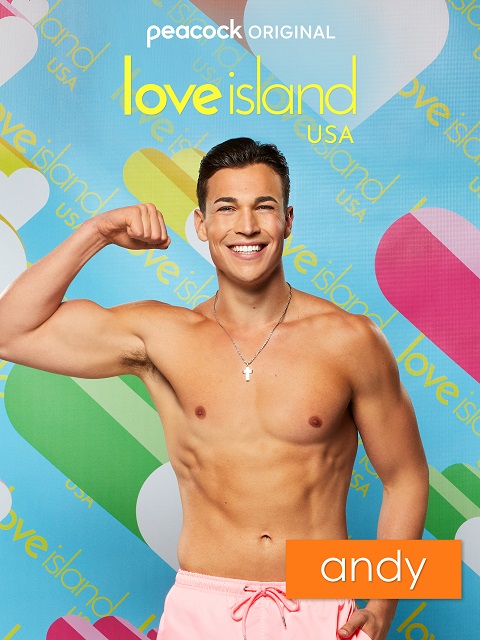 Breaking News – Bring on the men! Peacock reveals a second group of islanders looking for love in this season of ‘Love Island USA’

❤️‍🔥 Today Peacock introduced the debut cast of sexy men set to turn up the heat this summer on the streamer’s highly anticipated adaptation of the global hit phenomenon, LOVE ISLAND USA. Hosted by actress Sarah Hyland (Modern Family) and narrated by British comedian and LOVE ISLAND fan favorite Iain Stirling, the new season of Peacock kicks off July 19 with 6 episodes a week.

❤️‍🔥 Peacock Original LOVE ISLAND USA from ITV Entertainment will be hotter than ever as the islanders couple in a new environment where the challenges will be exciting and the bombs will be dropped. Throughout their stay, temptations will increase and drama will ensue as the Islanders are forced to decide whether they want to stay with their current partner or “recouple” with someone new. The islanders will also be at the mercy of viewers at home who will vote to determine who gets another shot at love and who leaves the villa heartbroken and empty-handed. This new season will push the boundaries like never before with unpredictable twists and unexpected surprises, creating the ultimate recipe for summertime fun – only on Peacock.

❤️‍🔥 Filming on the California coast, LOVE ISLAND USA is an unscripted romance and competition series where sexy singles go in search of love while living together in a beautiful villa.

❤️‍🔥 The American version of LOVE ISLAND is produced by ITV Entertainment, an ITV America company. Andy Cadman, who produced five seasons and over 200 episodes of LOVE ISLAND in the UK, has joined LOVE ISLAND USA as co-showrunner, alongside Ben Thursby-Palmer and Mike Espinosa.

Listings fall out of contract as rates rise