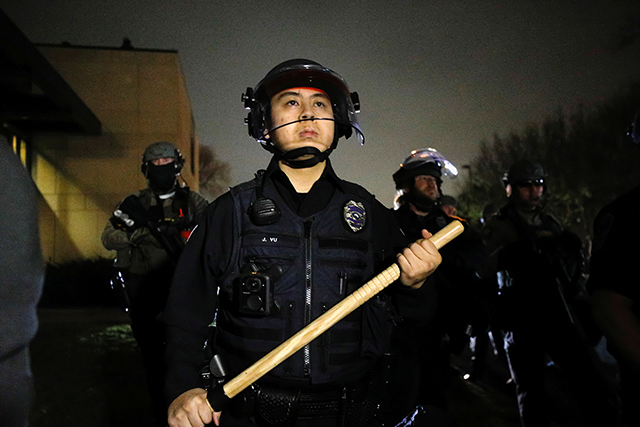 Tim Harlow writes in the Star Tribune: â€œThe Brooklyn Center took its first step in public safety reform on Tuesday, asking police officers to release offenders they cite for low-level crimes and to detain them only when required to do so by law.. Under the new citation and discharge policy, officers can issue a major misdemeanor citation and then let the person go. The policy also requires officers to attempt to defuse situations and try alternatives to avoid taking people into custody, and to document in writing all efforts made before placing a person under arrest. “

Brian Bakst of MPR reports: â€œThe [Front Line Worker Pay Working Group] was formed to recommend who should share the special salary of a $ 250 million fund. … Although they missed an early September deadline to finalize a plan, members of the core task force say they are focused on a deal. DFL House Majority Leader Ryan Winkler, who chairs the panel, said a rough outline would compensate up to 670,000 essential workers who have gone through the uncertainty or worse. But the size of their bonuses has still not been finalized.

The Pioneer Press reports: â€œStudents at the University of St. Thomas protested Tuesday against the appearance of stickers linked to a white nationalist group on their campus in St. Paul, the university said.. About 200 people attended the protest outside the Anderson Student Center the day after the stickers appeared on doors and signs around campus, according to an article on the St. Thomas website. The stickers, which were first discovered Monday morning, were quickly removed, the university said.

Elizabeth Schockman reports for MPR: â€œMost schools in Minnesota are in their third full week of classes, but already some staff are concerned about how long they may continue to be understaffed.â€¦ According to the School Nurse Organization of Minnesota, only just over a quarter of schools in Minnesota have a registered nurse position. Those who have positions find it difficult to fill them. In the Rosemount-Apple Valley-Eagan district where organization president Deb Mehr works, five nurses resigned last year. This year, they have already lost one.

The article continues after the advertisement

WCCO-TV reports: â€œAuthorities have identified the man who was fatally struck by a police car last week after allegedly shooting law enforcement, as well as the deputy who beat the man. The Hennepin County Medical Examiner’s Office identified the slain man as 48-year-old Troy Engstrom. According to the Ramsey County Sheriff’s Office, Engstrom was a domestic assault suspect who allegedly fired a gun at the AmercInn in Mounds View at around 10:40 a.m. on September 22. Officers who responded found him in the 5200 block of Pinewood Court, where he allegedly raised a handgun and fired at approaching squad vehicles.

For FOX 9, Paul Blume says, â€œHennepin County District Attorney Mike Freeman has dismissed murder charges against the suspected shooter in a fatal 2016 shootout against a 2-year-old boy in Minneapolis. Chris Welch, 36, was charged in 2019 with second degree murder in the death of Le’Vonte ‘King’ Jones on July 8, 2016. Jones’ 15-month-old sister was injured in the shooting. … Welch was scheduled to begin next week, but Freeman has dismissed the charges against Welch because the state’s five key witnesses are no longer available to testify at trial. The witnesses are either dead, uncooperative, charged with murder themselves or not found before Monday, according to the dismissal filed Tuesday.

Dee DePass writes in the Star Tribune: â€œThe landmark Ribnick Luxury Outerwear in North Loop has sold its building and will close its fur coat store for good in December, ending a stunning 76-year run and boasting of being the last fur retailer in Minneapolis and in St. Paul.. The historic 224 North First St. in Minneapolis business is North Loop’s oldest retailer. â€¦ And now, after selling fur coats to business owners and such luminaries as Prince, Dolly Parton and Kirby Puckett, owner Bill Ribnick has said it’s time to quit, too.

The AP reports: “The South Dakota attorney general said on Tuesday he was reviewing concerns from state lawmakers over a meeting with Governor Kristi Noem held last year that included both his daughter and a state employee who was overseeing her daughter’s application to become a chartered real estate appraiser. â€¦ Although [Attorney General Jason] Ravnsborg and Noem are both Republicans, they have become political enemies in the past year after the governor pressured Ravnsborg to resign following a car accident in which he struck and killed a man walking on a highway.