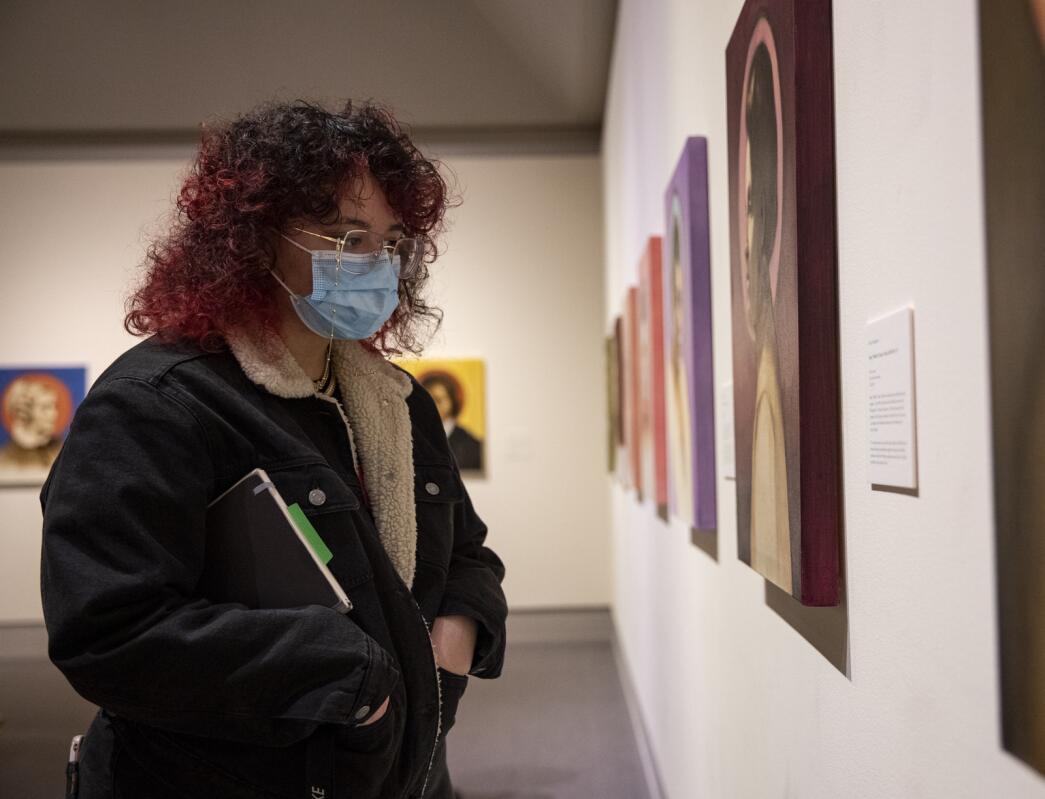 Levy, 18, developed the idea as part of the Iowa Youth Action Squad, which offers students from diverse backgrounds interested in advocacy opportunities to expand their skills in learning, research and leadership.

The Youth Action Squad was created by the Iowa Department of Human Rights and the Iowa Collaboration for Youth Development – ​​a multi-department effort at the state level – after receiving a grant in 2020 from the Washington, D.C.-based Youth Investment Forum to expand the program. Students conduct research and turn it into an action plan to present to city, state, or school officials.

Levy was one of two students from the Cedar Rapids Community School District selected to serve on the Iowa Youth Action Squad this year.

“My grandfather has been in this community for 50 years, but he still feels ostracized,” Levy said. “I feel compelled to change that for him. He’s been here so long and told me nothing has changed.

Nzobaho Ngiriweneza, 16, a sophomore at Washington High, researched equity and diversity in high school curricula with a team of students from across the state.

Incorporating diversity into the curriculum, including texts written by historically marginalized people and discussions of the contributions of people of color to the fields of math and science, will help students develop “empathy, kindness and understanding of others,” Ngiriweneza said.

For Levy’s project, she researched “the brown dollar” and how it could be strengthened in her community.

“Black people don’t make enough money and immediately their paycheck goes towards necessities like rent,” Levy said. “It is not possible to pour money back into black-owned businesses, strengthen them and create a foundation for the black community to thrive.”

Black Americans spend $1.3 trillion every year, but only about 2% comes back to the black community, Levy said.

For his project, Levy spoke with community members, people from the NAACP, and people from the Iowa Department of Human Rights. She learned that black households face systematic barriers to building wealth, which creates obstacles for families who want to invest in their children’s education, start a business, relocate for new and better opportunities, buy a house and participate in the democratic process, Levy said.

Redlining, a form of lending discrimination that has technically been banned for decades, continues to create racial disparities in homeownership. The practice of redlining began in the 1930s, with banks denying mortgages primarily to people of color, preventing them from buying homes in certain neighborhoods.

Today, historically delineated neighborhoods are linked to a variety of poor health conditions, lower life expectancies, police brutality, reduced access to healthy food, retail depression, and gentrification. About 30% of blacks in Iowa own their homes, compared to 75% of whites.

Black people “don’t have the capacity to put their money back into black businesses to strengthen them and create a foundation for the black community to thrive,” Levy said.

Levy discovered that there were over 50 black-owned businesses in Cedar Rapids, and she would like to see that number grow.

“One of the hardest things to do is start a business, and it’s hard to find black businesses (in Cedar Rapids) to give your money to,” Levy said.

Equity in the curriculum

Ngiriweneza said the agenda is changing, but there is still a long way to go.

In the wake of Black Lives Matter protests following the killing of George Floyd, a black man who was killed by a Minneapolis police officer in May 2020, students and educators have taken a hard look at racial equity in the school curriculum.

“The program changes should have happened much sooner than now, but after the death of George Floyd there was greater pressure to do this work,” Ngiriweneza said.

Ngiriweneza and her team surveyed more than 200 students across Iowa asking them what they wanted to see in their school curriculum. He said the results show students want more information about the “real world” and “demand change” for fairness.

In May 2021, Linn-Mar students at a racial justice rally said they were being taught a “whitewashed” version of the story, prompting the district to launch an equity department.

“If we know our past, we can create a better future,” Ngiriweneza said.