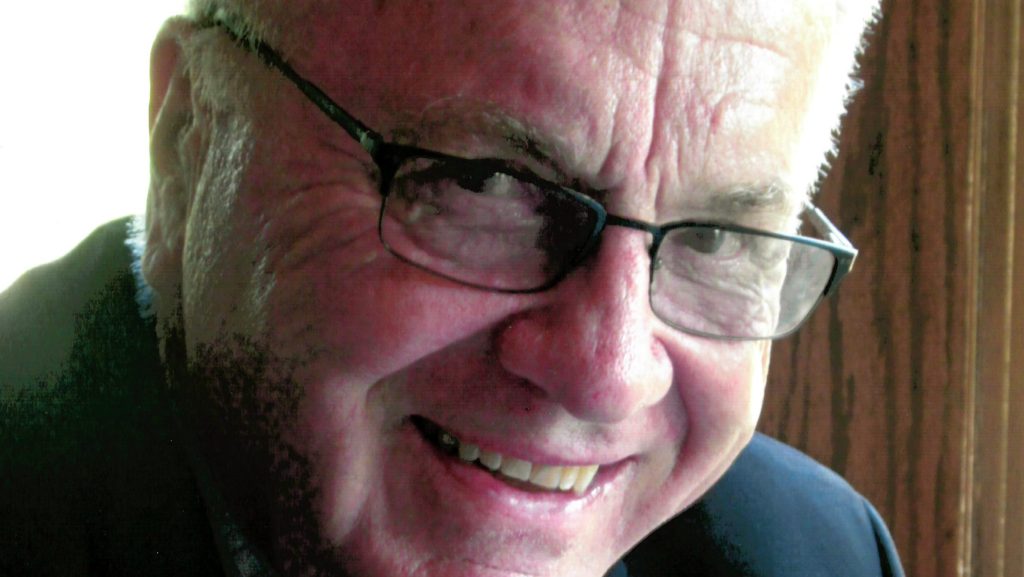 At St. Paul’s City Hall, some saw John Gregory “Jack” Hoeschler as the proverbial legal foil – a relentless lawyer who returned to court, year after year, to pursue similar claims against the city on behalf of churches, non-profit organizations and homeowners concerned about their street ratings. Others saw him as an important civic voice and arts maven who brought crusading zeal rather than legal withdrawal to the many causes he fought for.

His 11-year legal odyssey against the city’s right-of-way charges will reach the Minnesota Supreme Court, which largely saw things its own way in 2016.

Over the past 13 months, Hoeschler has faced a much tougher challenge with advanced prostate cancer. He died Wednesday at his home in Saint-Paul, surrounded by his family. He was 80 years old.

He is survived by his wife, Linda Lovas Hoeschler, as well as a son, a daughter and two grandsons.

“Just a giant, such a giant in so many areas,” said St. Paul City Councilwoman Jane Prince, who called Hoeschler a friend and mentor. “He was the first president of the Commission riveraine Saint-Paul, where he worked hard to connect the city to the river. His contributions to the arts are legendary. He was such a principled fighter for the taxpayer and the general welfare of the city. I will miss him and keep him in my heart.

Hoeschler, who was born in La Crosse, Wisconsin, in February 1942, was a celebrity student and rower at Georgetown University in Washington, DC, where he was named a Robert Duffey-Scholar Athlete in 1964. He received a “full turn” Root-Tilden scholarship to attend New York University law school, then married a New Yorker who shared his appreciation for community and the arts.

In the mid-1960s, the two worked together as VISTA volunteers on Chicago’s South Side, where Hoeschler prosecuted predatory institutions on behalf of community advocates. He frequently appeared in areas with high gang activity to examine community concerns.

“I’ve never known anyone who needed less approval than Jack, or who tried to do the right thing without expecting direction or help, sometimes to their own detriment,” said his wife, in prepared remarks for her eulogy. “Often, Jack would go to a community meeting at a notorious project skyscraper, returning at midnight or after. I asked him if the locals thanked him for coming, for risking his life, as I saw. “Linda,” he said, as if it were obvious, “If you never expect to be thanked, you’ll never be disappointed.”

In 1968, the couple moved to St. Paul, where Hoeschler joined Minnesota’s oldest law firm, Doherty Rumble and Butler and quickly grew the firm’s real estate practice. He started his own practice in 1982, frequently counseling immigrants for free or at no cost.

As president of the St. Paul Riverfront Corporation, he worked to reorient the city toward the Mississippi River and coordinated legal and financial resources for the preservation of downtown Rice Park and its surrounding institutions. In 1978, some dubbed the new Science Museum of Minnesota “the house that Jack built”, and he also participated in the St. Paul Chamber Orchestra, the Guthrie Theater in Minneapolis, the Minneapolis Institute of Arts and many other institutions artistic and cultural. .

Hoeschler and his wife formed a music commission club modeled after an investment club, inviting others to invest in their passion for new music. They also maintained an elaborate Japanese garden together surrounding their St. Paul home. In 1986 and 1987, they took their family around the world on a six-month traveling adventure.

In the late 1980s, Eric Nilsson found himself on the other side of the Hoeschler courtroom in a years-long legal battle over a failed downtown Union Depot business development.

“For the next few years, Jack and I fought every year,” Nilsson recalled Friday. “It turned out to be one of the most rewarding professional experiences I’ve ever had as a lawyer. I learned to appreciate Jack for his incredible intellectual courage and originality. He was a gentleman, and he had a wonderful sense of humor. We became good friends, and it proved to me that someone could be a zealous advocate for their client and still be civil and professional. And you don’t see that very often in the court process these days.

St. Paul real estate investor John Mannillo found himself on Hoeschler’s opposite side in 1981 when he sold the downtown Pioneer Building to First National Bank, which was then represented by Hoeschler.

“Even though he was on the other side of the issue, I respected him,” Mannillo said Friday. “He was a person of great integrity. He looked for the underdog on a number of things. And he was a fighter. He was tough. Usually you saw him standing up to the government – ​​the city — when he did not treat his constituents fairly.

A celebration of life is scheduled for August 22 at 10 a.m. at St. Olaf’s Church in Minneapolis, followed by a reception at the Minneapolis Club across the street.

Donations in his name will be accepted to the Regions Hospital Foundation Cancer Research Scholarship Fund, the Georgetown University team, the World Press Institute, local arts organizations “or any cause that “pays forward” to help others live better, more meaningful lives.