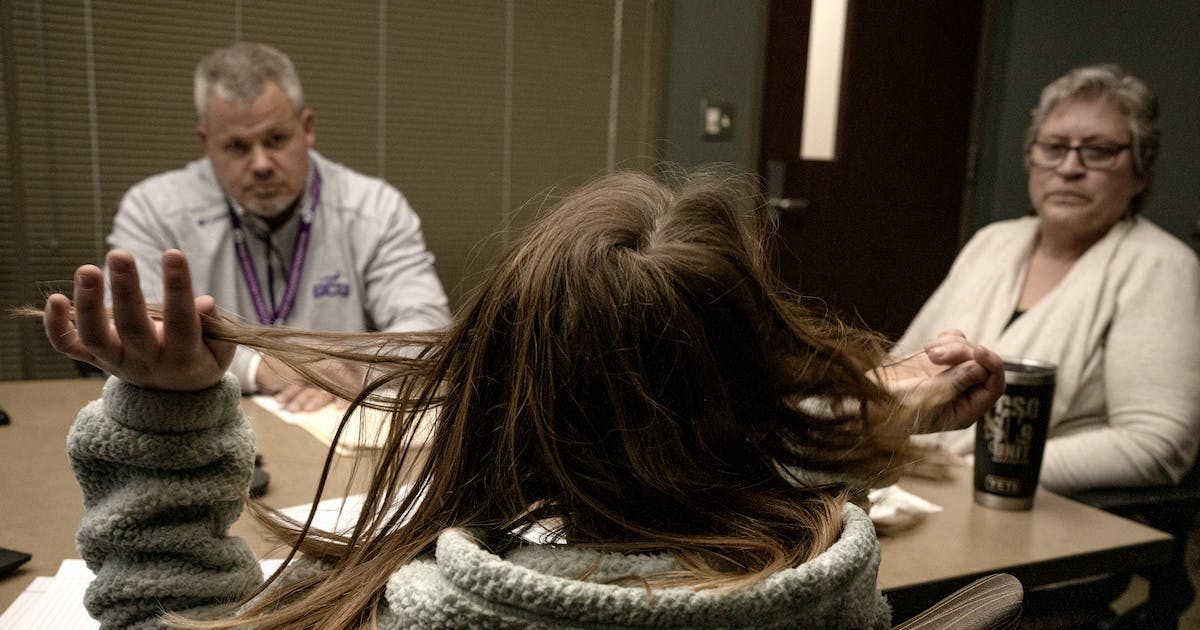 So Arriell, the 17-year-old who was with him in a stolen car that crashed into a north Minneapolis home, is doing well on a track team (“Few People Get Out of Trouble,” Aug. 21) . I’m sure it’s a big relief for the people living in the house. I wonder how they are; I wonder if Arriell is helping them pay to fix the damage to the house. I wonder if the people who live in the house – including perhaps the children – feel safe there. I wonder how they sleep at night. I also wonder how the 71-year-old woman who was terrorized and assaulted by four teenage thugs is recovering from her injuries. And I wonder when, if ever, she will get information about how the justice system has dealt with those violent young offenders who assaulted her more than two years ago.

The “About This Series” at the end of Arriell’s story says it examines “how Minnesota‘s juvenile justice system fails youth, families, and victims of violence.” If history focused as much on the suffering of victims of crime as on the triumphant images and quotes of those who victimized them, readers would have a fuller picture of the damage caused by juvenile delinquency.

In his op-ed on drug pricing (“Health Care Changes Will Hurt Americans,” August 21), Star Tribune owner Glen Taylor suggests that the Inflation Reduction Act provisions relating to Prescription drug discounts and negotiated prices should apply not only to program health insurance, but also to private payers. He’s right about that.

In fact, Minnesota Attorney General Keith Ellison’s Advisory Task Force on Reducing Pharmaceutical Drug Prices alluded to this approach in a 2020 report. report. Beyond Minnesota and the United States, many countries use the International Drug Price Index to set drug prices for their populations.

There’s no reason Minnesotans should continue to pay two to three times more for prescription drugs than people in other wealthy countries. There is a solution at hand if we are willing to use our collective influence.

Haven’t employers, through their health insurance funds, been negotiating drug prices with pharmaceutical companies for years? And wasn’t that a form of cost shifting – from employers to Medicare – during those years when Medicare was not allowed to negotiate? Something doesn’t ring true in Taylor’s analysis. Pharmaceutical companies have been allowed to increase profits for shareholders and executives while cutting funding for research. The Reducing Inflation Act is a small step towards industry’s accountability to the public.

Taylor states without evidence that provisions allowing Medicare to negotiate drug prices will lead to higher costs for workers on employer-sponsored health plans.

In our chronically opaque healthcare system, we can assume that drugmakers are already pricing drugs at the ceiling that commercial markets will accept. A 2021 analysis by the Brookings Institution found no evidence that cost shifting would occur as a result of better pricing for Medicare beneficiaries. A Congressional Budget Office analysis of a similar 2019 proposal confirms this finding and also expects inflation reimbursement provisions to actually reduce drug benefit costs in commercial insurance plans.

A writer of August 26 letters and so many others of his generation, in opposing President Joe Biden’s student loan cancellation, seem to think taxpayer support for college students is some kind of undeserved “gift” that insults students of a previous generation who “paid their own way”.

These critics seem to forget that there was indeed substantial taxpayer support for their education in that earlier era. State governments in Minnesota and elsewhere have supported state universities with taxpayer dollars to a far greater extent than they do today. It’s actually the withdrawal of taxpayer subsidies that you’ve benefited from that’s contributing to the cost crisis for students today.

Tuition for the University of Minnesota from 1979 in today’s dollars was around $2,500. The real cost of education in today’s dollars was about the same as it is today in constant dollars. But state support then was nearly 50% for the university, effectively subsidizing tuition. Today, the state grant represents only 18% of the university’s budget. The numbers are similar across the country. The fact is that taxpayers have supported higher education much more in the past.

So, yes, former college graduates “got theirs” in terms of tax-funded education, far more than today’s students. Critics shouldn’t blame the use of taxpayers’ money to help students now. When was the last time these critics of Biden’s action wrote to their lawmakers urging them to increase their support for the University of Minnesota or Minnesota State campuses?

The author is a professor emeritus at the University of Minnesota.

Donald Trump mystifies an observer as shrewd as DJ Tice (“Echoes of Trump in the trial of a founding scoundrel”, August 21). Tice admits that Trump is a villain. Still, the sheer volume of independent investigations into Trump seems to alarm Tice that persecution is underway.

One of my favorite New Yorker cartoons depicts two prisoners in their cell. The cellmates are lounging on their bunks, one thinking: “Seventeen arrests, seventeen convictions. Maybe it’s me.

I am responding to the August 21 front page article “Churches rely on faith, hope and fun to rebuild”. The church cannot be centered around disc golf, board games, or ax throwing. Indeed, the church in our country has been in decline for about 50 years, in part because of this kind of misguided thinking. The pandemic has only accelerated the dismantling of the church that has been underway for decades. The church must be clear about what it has to offer the world. The purpose of the church is not to provide entertainment or entertainment. The Greeks said to the disciple Philip: “Lord, we desire to see Jesus” (John 12:21).

To Gary Gilson (“Readers Unleash Language Bugs,” Aug. 21): My language bug is a “Do you want that in a bag?” question. My reaction: Either I want a bag or I don’t want a bag. For me, the label “at all” implies a degree of wanting while the question requires only a yes or a no.