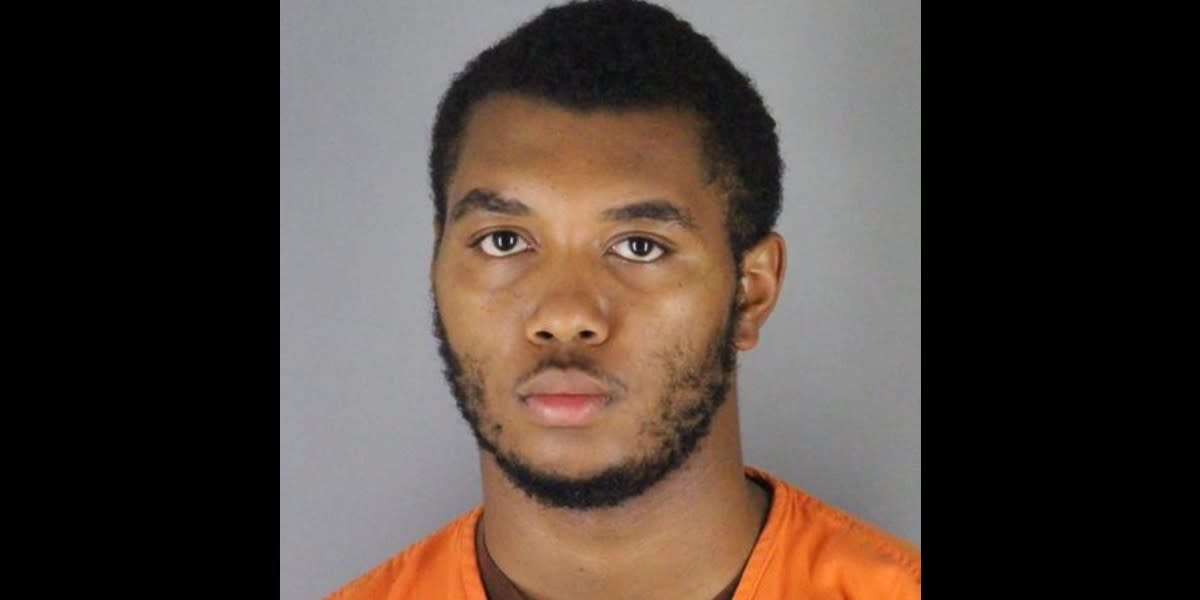 A Minneapolis man is accused of sexually assaulting multiple women in Minneapolis over the past eight months.

Makye Kenneth Thibodeaux, 19, was charged with eight counts of criminal sexual conduct for the attacks. The incidents occurred in walkways, outside the Federal Reserve Building and in apartment buildings.

The most recent charges stem from an incident Sunday, Aug. 21 outside the Federal Reserve building. Thibodeaux was taken into custody on those charges, according to court records.

On Jan. 31, Minneapolis officers attended a home in the 2000 block of Golden Valley Road following a report of sexual assault in north Minneapolis.

A woman told police she was having friends that night and her roommate asked if she could invite her boyfriend, identified as Thibodeaux. The woman agreed.

She alleged that around midnight she was asleep when she awoke to see Thibodeaux touching her private area and rubbing her buttocks with her hands. The victim immediately asked him what he was doing and to get out of his room.

In a voluntary telephone interview, Thibodeaux admitted that he was at the apartment that night and touched the victim while she was sleeping. He alleged that he was looking for a vape while in his bedroom and claimed that he tried to wake the woman to ask her about the vape.

Around lunchtime on March 7, police attended the 700 block of 2nd Ave S. on a report of sexual assault in the airway.

A victim told authorities she was crossing the walkway of the Baker building when a man, identified as Thibodeaux, allegedly approached her from behind and “forcefully grabbed” her buttocks. The woman then turned around, screamed for help and the suspect fled.

After reporting the assault to building security, surveillance footage of the incident was confirmed.

Thibodeaux later admitted to police that the person in the video was him and that he had groped the victim. He added that he likes to hang out on the catwalk when he has nowhere to go, according to the complaint.

Ramp A in downtown Minneapolis

Thibodeaux is also accused of being involved in another similar incident on parking ramp A in downtown Minneapolis on March 22.

The woman said she had crossed the airway from Capella Tower to Ramp A. As she walked, she noticed a man, identified as Thibodeaux, following close behind her. The woman states that when she got to the parking ramp, she was scared, so she turned around and asked Thibodeaux what he was doing. The woman then alleges that Thibodeaux “had a scary look in his eye” and was crouched down.

The woman started running towards the airway, but Thibodeaux allegedly grabbed her butt aggressively and she screamed. He then fled.

Surveillance video captured the incident and confirmed that Thibodeaux had been following her from several blocks across the airway.

Thibodeaux allegedly sexually assaulted a woman as she tried to enter his building next to the Nicollet shopping center on June 12.

She asked the man if he lived there and if he had a key fob. According to the complaint, Thibodeaux was unable to prove this. When the victim tried to walk away, Thibodeaux allegedly grabbed her and threw the woman against the wall and slammed his weight against her, groping the woman while pulling down her pants. The woman told police she thought she was going to be raped at the time, according to the complaint.

The victim fought back, her coffee spilling out of her hand as she managed to free herself from him. Thibodeaux is accused of grabbing the woman and again throwing her against a wall before fleeing the scene.

CCTV captures the entire incident. The victim provided photos of his arm that was bruised in the attack.

In a police interview, Thibodeaux admitted he was involved in the incident, adding that what he did “was wrong”.

Outside the Federal Reserve Building

The most recent attack occurred on Sunday August 21 in front of the Federal Reserve building.

Officers went to the area of ​​West River Road and Hennepin Ave. S. where they made contact with a “visibly distraught” woman. She told authorities she was walking on the sidewalk along the east side of the Federal Reserve Building wearing headphones when she was approached by a man, later identified as Thibodeaux.

She alleges that Thibodeaux pulled up her dress, grabbed her buttocks and hips with both hands, then pushed the victim towards a fence. According to the complaint, she turned around and Thibodeaux forcefully grabbed both of her arms. She was able to chop off his hands and ran away screaming. Thibodeaux left the stage.

As the victim was riding in the police car to be taken home, she pointed to Thibodeaux sitting in a stairwell, claiming he was the one who assaulted her. According to the complaint, “the victim’s body language indicated that she was immediately afraid.”

He was placed under arrest. In a later interview, Thibodeaux admitted to the assault.

Thibodeaux is expected to make his first court appearance on Thursday afternoon. He remains in custody at the Hennepin County Jail, on $250,000 bond.