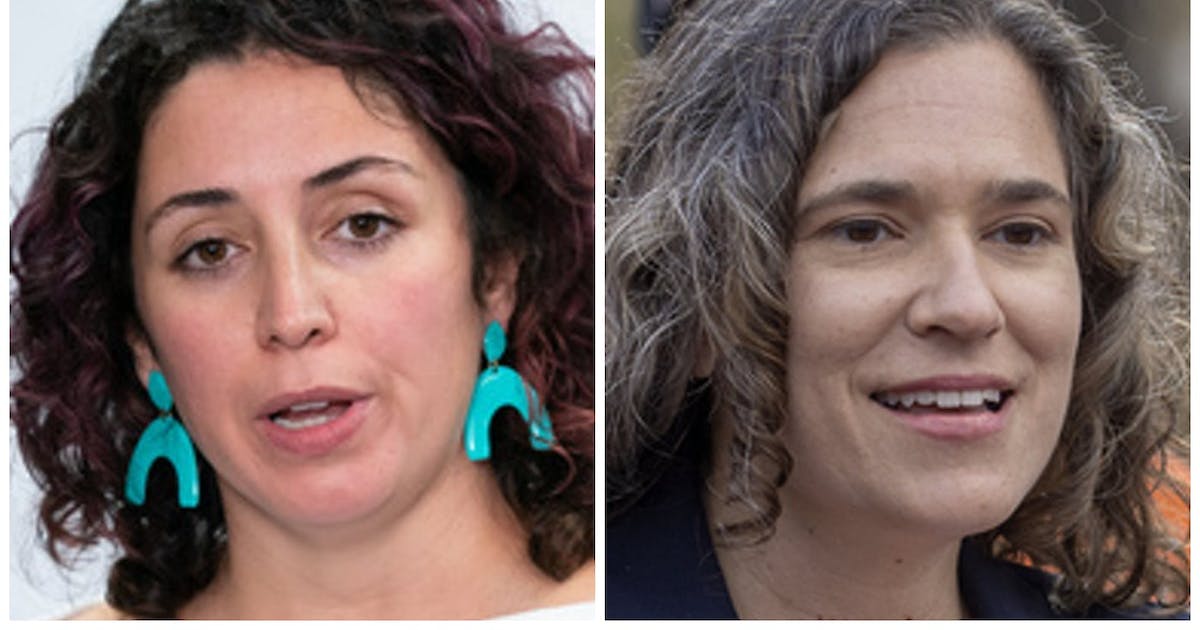 The diverse Ninth Ward neighborhood, which adjoins the site where police murdered George Floyd, suffered the destruction of Lake Street and the occupation of a city junction for over a year. It’s also where a mega tent city sprang up in Powderhorn Park before homeless settlements spilled over into Minneapolis parks. The wealthier and predominantly white 10th Ward faced unrest for weeks in Uptown this summer after federal authorities shot Winston Smith, who was wanted on a warrant for being a felon in possession of ‘gun. Authorities are still investigating why the encounter became fatal. With both a strong community of owners and an 80% tenant population, it has become a battleground for town planning and housing policy.

Cano was an immigrant rights activist elected to the council in 2013. Ninth Ward’s first priority is to rebuild Lake Street, she said, but voters tell her they can’t run creditworthy businesses in unless the constant gunshots are dealt with.

Eight candidates are on the ballot for the ninth constituency.

DFL-approved Jason Chavez is an assistant to the Minnesota House Workforce and Business Development Committee.

â€œWhen we talk about Lake Street it’s obvious people sometimes don’t feel safe and I understand,â€ Chavez said. “We just have to see people as humans and really invest in the support, create programs that won’t criminalize people and put them back into a prison cycle, just to get them out two weeks later.”

He said the region’s chronic diseases such as gun violence, sex trafficking, homelessness and drug addiction are reasons he supports rent control and a new model of public safety in which police play a role. limited role.

Mickey Moore is a retired small business owner who has raised more campaign funds than anyone in the race. He’s a longtime Eighth Ward owner who moved into an apartment in the Ninth Ward seven months ago to run in a neighborhood close to his heart, he said.

â€œThese streets, these businesses and the immigrant community have always been a home to me,â€ Moore said. “When I saw he was in distress and no one was picking up the torchâ€¦ it was a game that really made sense to me.”

Moore rejects calls to abolish the police service, saying it does not respect the experiences of victims of crime. He supports Chief Medaria Arradondo and wants to focus on changing the culture of the department and state law so that officers fired for abuse of force do not get their jobs back through arbitration.

Yussuf Haji owns Orange Oak, an advertising and translation service, and co-founded Unite Cloud, a nonprofit that tries to fight xenophobia in central Minnesota. Three years ago, the Minnesota Department of Revenue hired him to educate African immigrants, and he moved to the Twin Cities.

Haji wants to allay the fear that keeps outsiders from investing in the Ninth Ward, he said, and agrees with Moore that words like â€œdefineâ€ and â€œabolishâ€ have damaged the community’s potential.

As a father, Floyd’s murder filled him with anxiety for the safety of his children, he said. But after talking to neighbors about the crime and being pointed at him in his campaign van, Haji decided the police were needed.

“We can work on whatever reforms we want,” he said. “But there shouldn’t be a vacuum. We should at least have some sense of law and order, especially among the black, brown, and indigenous community.”

Bender is a former city planner who was elected chair of the board in 2017. She led major city planning policies through the Global Plan 2040, making Minneapolis the first city in the country to ban single-family zoning.

The 10th Ward has strong and disparate opinions on many issues, Bender said. “The trick is to try to find enough common ground that people feel good about moving forward. Otherwise, it’s going to get stuck.”

There are six contenders for the seat of the 10th Ward.

Aisha Chughtai leads LDF delegates as well as fundraising. She works in the Policy Department of the Minnesota State Council of the Service Employees International Union (SEIU). As a tenant, it undertakes to defend their interests.

SEIU is working on a pilot project employing union security guards to defuse conflict in north Minneapolis. Chughtai, who advocates redirecting police funding to â€œcommunity public safety,â€ wants to see such programs in every neighborhood.

â€œI would really push and organize my elected council colleagues to reassess our priorities of continuing to fund and disburse money to a police department that does not protect people,â€ Chughtai said.

Katie Jones is an owner who lives in a triplex and manages a duplex four blocks away. She is employed by the Center for Energy and Environment, working with cities to develop energy disclosure policies.

Jones rejects the idea that increasing the police force will reduce crime. The 10th Ward produced the most petition signatures in town asking a question on the ballot to replace the police department with a public safety department. She believes that will pass, she said, and that “strong stakeholder engagement” must follow to shape this new department.

Next, she said, she wants to start engaging the community around neighborhood-specific projects, such as the redevelopment of the Kmart site on Lake Street and Nicollet Avenue.

Chris Parsons is a career firefighter with the St. Paul Fire Department.

He is proposing a “nuts and bolts” approach to citizen services, he said, instead of what he sees as “downtown dictation” policy.

â€œOur city council would do a better job, and our people would be so much better served if they spent more time serving constituents instead of trying to be transformative figures,â€ Parsons said. “The job of city council is to provide your constituents with access to government, and that is not happening right now.”

Parsons said he heard from neighbors primarily concerned about rising crime and wanted city council to focus on legislative tasks such as drafting ordinances rather than trying to run a public safety service. He said he preferred Minneapolis to improve policing with new hires.

Alicia Gibson is a former member of the Lowry Hill East Neighborhood Association. The stay-at-home mom said running for office is how she hopes to keep her neighborhood together amid a sense of chaos.

Public safety is the major problem with the election, but Gibson said she believes there is more consensus on the way forward than it appears. Voters want compassionate police officers who see themselves as part of the community, working hand in hand with social workers, she said, offering to invest in the police service rather than fund it.

People find the problem of police funding polarizing, just as the 2040 Global Plan has divided neighborhoods, she said. She hopes to change that.

â€œThere are people, and I understand this, who have lost faith in the system and therefore don’t believe the system can be fixed,â€ Gibson said. “Maybe I have more hope than the others.”

Other candidates for the 10th district include community health worker Ubah Nur and David Wheeler, chairman of the Minneapolis Board of Estimate and Taxation.

Learn more about the candidates’ opinions in their own words in the Star Tribune Voter Guide at StarTribune.com.