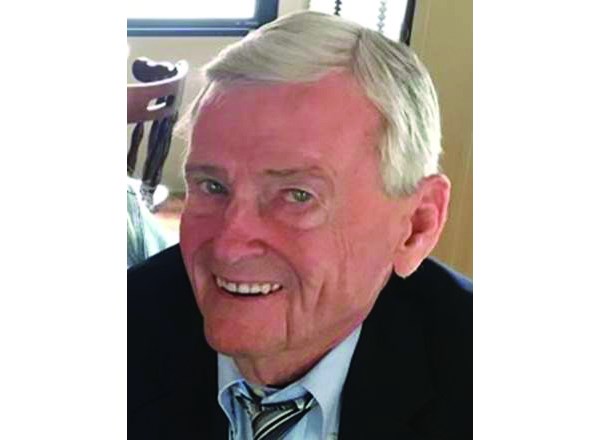 Robert was born December 27, 1940 in Sioux Falls, SD, the son of Marlin J. and Louise C. (Wagner) Letner. He is the older brother of four children. His father moved the family to Rapid City when Bob was 4 to start the Western Stationers business.

Bob graduated from Rapid City High School in 1958. He then attended Georgetown University in Washington DC and the College of St. Thomas in St. Paul Minnesota before returning to Rapid City to join his father in the business. created in 1945.

He married Betty Lou Anderson on June 23, 1962 from Lead, SD at St Ambrose Catholic Church in Deadwood. Married for over 59 years, Betty will always be her true love and best friend.

Bob and his brother Tom teamed up to rebuild the family business in 1966 after the building burned down in a fire. They sold the business after 75 years in August 2021. The brothers also started a diversified real estate business in the 1970s.

Bob is predeceased by his parents, a baby twin, Andrea Elizabeth, and a brother-in-law, Danny Palmer.

Bob had a lot of friends and showed a genuine interest in people who make everyone feel important. He was witty, fun loving, kind, compassionate, intelligent, and offered his advice to those who asked for his advice. He had a sparkling eye and when he walked into a room you could feel his presence. Bob was most comfortable in a suit and was one of the best dressed in Rapid City.

Family was the most important and meant the world to Bob. He was so proud of his children, loved them deeply and told them if you ever have a problem with your brother or sisters to end it, because there is nothing more important than family.

Bob enjoyed his life to the fullest and liked to go fast, whether by car, boat or snowmobile. He loved living in the Black Hills and enjoying all its beauty.

God only created one Bob, and he is a remarkable gift in all the lives he has touched.

A Christian Burial Mass will be offered at 10:00 a.m. on Friday, October 1 at Blessed Sacrament Catholic Church, followed by church lunch, followed by burial at Mount Calvary Cemetery.

Friends can sign their guest register online at www.osheimschmidt.com.