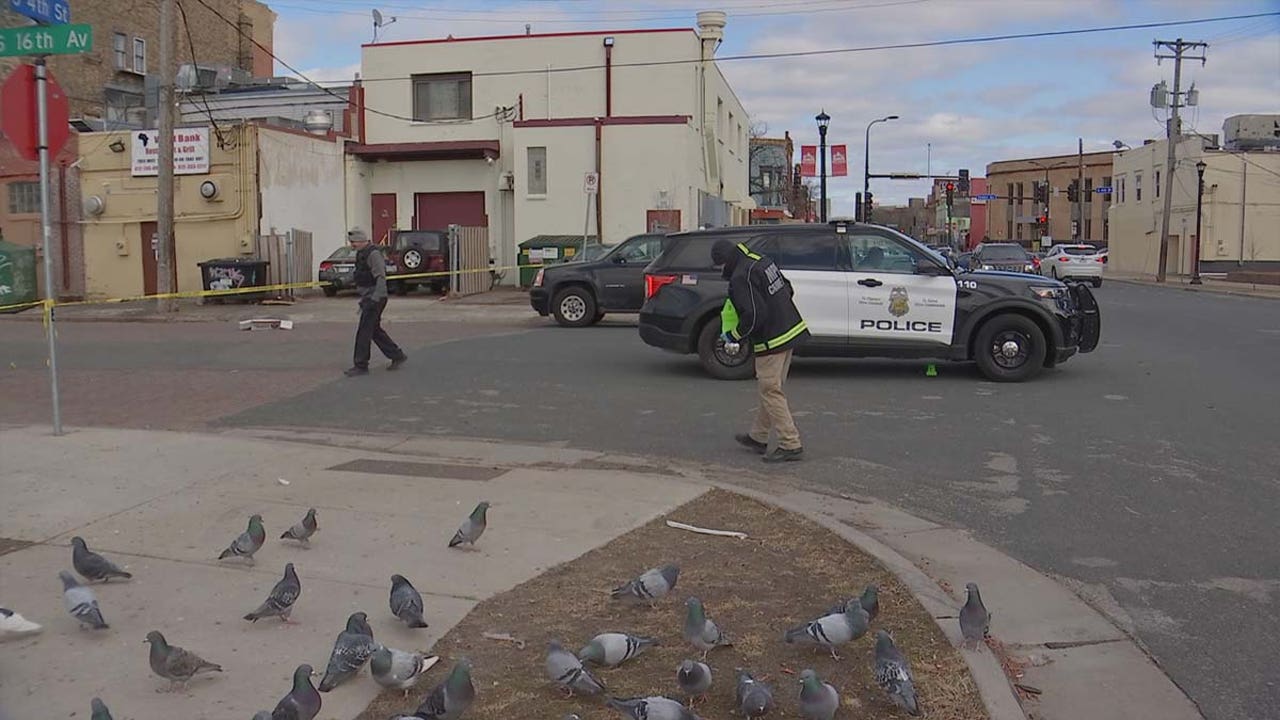 The Minneapolis Police Department said officers responded to a shooting around 4:10 p.m. in a parking lot near Cedar Avenue and 4th Street. Initial investigations indicate that the two vehicles were in the parking lot at the time of the shooting and that shots were fired from one vehicle to the other. The vehicles fled shortly thereafter.

Investigators at the scene of the 1500 block of South 4th Street after a shooting Friday afternoon. (FOX 9)

Both men were injured with “life-threatening gunshot wounds”, according to the MPD.

“Investigators are working to determine how the two injured persons are related to the shooting and whether they were occupants of either of the vehicles involved,” wrote Garrett Parten, spokesman for the police department.

No arrests have yet been made.

This story is developing. Check back for updates.