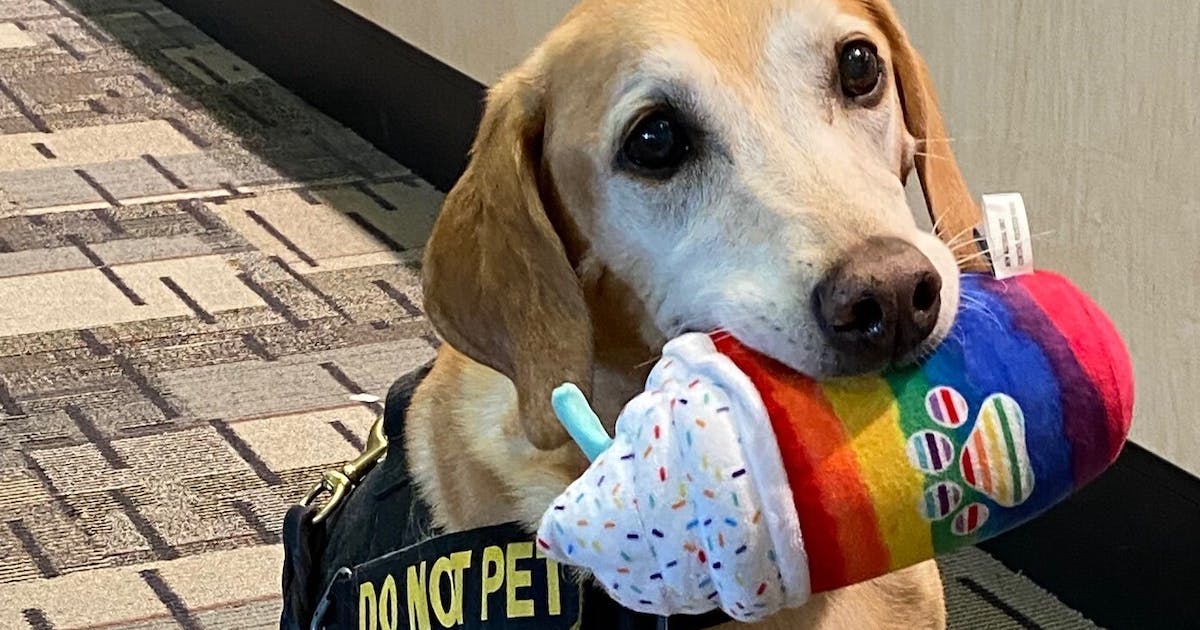 A pup based in Minneapolis-St. Paul International Airport is a finalist in the Transportation Security Administration’s Cutest Canine competition.

Eebbers, an 11-year-old Vizsla/Labrador mix who works in Minneapolis-St. Paul International Airport (MSP) with its manager/human, Jeannie, is one of four finalists in this year’s competition.

The public is invited to vote in the first round on Friday and Saturday for their favorite doggie on social networks. If Eebbers moves forward, the public will be able to vote for him again in the final round of online voting on Tuesday and Wednesday.

The public can vote for their favorite dog on the TSA’s social media platforms: Instagram, Twitterand Facebook.

The winner will be announced by the TSA on August 26, which is also National Dog Day.

Eebbers, who has worked at MSP since 2015, is the oldest dog currently working in the TSA’s canine program. He is expected to retire later this summer.

He loves squeaky toys, apples, swimming in Minnesota lakes and helping keep people safe at the airport, according to the TSA. Throughout his career, he has helped secure two Super Bowls, the Special Olympics World Games, an NCAA football national championship game, and the Indianapolis 500.

According to the TSA, dogs like Eebbers are trained to detect the scent of explosives or explosive materials using their keen sense of smell in busy transportation environments. The dogs are also trained to work in public transport, commuter trains and maritime environments.

The TSA currently has more than 1,000 explosive detection canine teams deployed across the country.