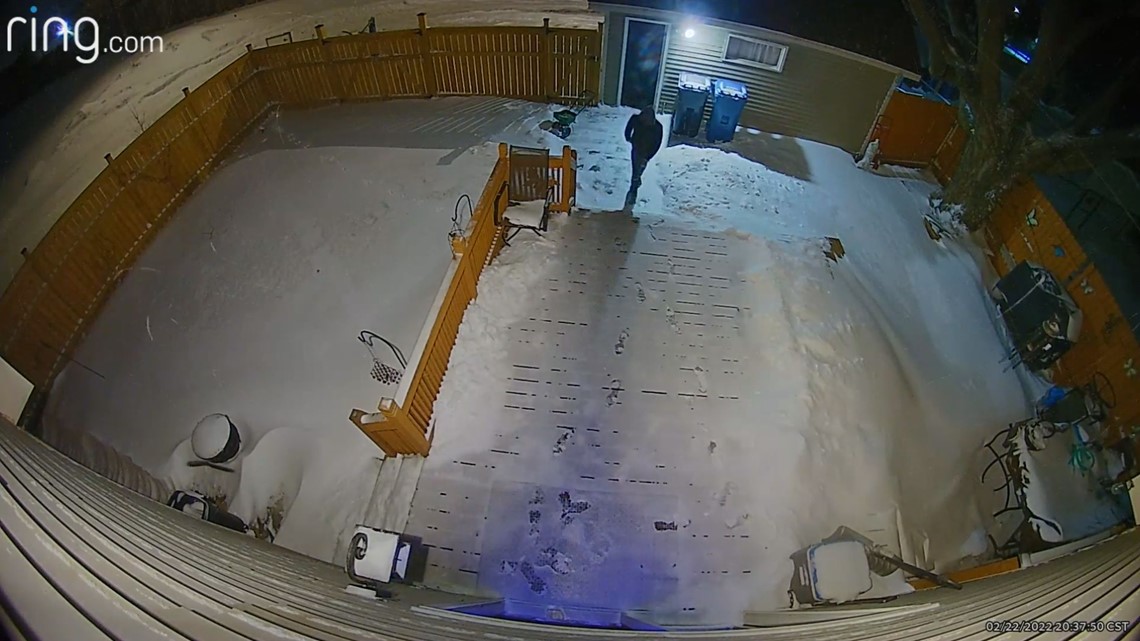 Despite protests from the family of the deceased, the prosecutor ruled the case “valid self-defense”.

MINNEAPOLIS — This was a case a lot of people were talking about — a South Minneapolis homeowner and her son shot and killed a man in their backyard who tried to enter their home.

Surveillance video and police reports obtained by KARE 11 via a data request add context to what happened and explain why the Hennepin County prosecutor ultimately decided not to press charges in the case.

The shooting happened in February on a cold 6-degree night in south Minneapolis, in a neighborhood that had seen an increase in armed robberies.

After checking the locked gate, surveillance video outside the house shows Martin Lee Johnson jumping over the fence.

A motion light comes on as Johnson approaches the house.

According to police reports, the landlady, a 53-year-old woman, heard Johnson “wiggle the doorknob” and her footsteps on the deck, so she told her 26-year-old son who lives with her and grabbed his handgun. as Johnson walked into the family’s freestanding garage.

The owner opened the sliding door and fired warning shots in the air.

“Get the (expletive) out of my garage, now!” she cried between two shots.

On the surveillance video, you can hear the voice of the owner’s son as he joins her in yelling at the intruder.

“Get the (expletive) out,” they both shout as Johnson steps out of the garage door.

Johnson appears to gaze momentarily towards the fence before walking towards mother and son. The surveillance camera is positioned just above the sliding door where they were standing, pointed directly at Johnson.

“No, go the other way,” the woman shouted.

But instead of jumping over the fence, Johnson walked towards them.

After two more warning shots, the fatal shot is fired by the son who was standing next to his mother inside the open door also holding a gun.

“They gave the warning shots. They said to go away. And he kept approaching their house. It was clear,” he said.

The Hennepin County District Attorney’s Office declined the charges in the case – calling it valid self-defense – despite protests from Johnson’s family and friends.

The armed owners told police that taking a life was the last thing they wanted.

KARE 11 reached out to Johnson’s family for comment, but did not hear back. In the past, they’ve said that Johnson should be alive today and probably seeking shelter, not to harm anyone.

Watch the latest local news from the Twin Cities in our YouTube Playlist: